The Argus Foundation is a non-profit, business membership-based think tank and government watchdog that was created in 1983. Its founders were concerned about an anti-business climate in government and wanted to make sure they had a pure, unified business voice, unfiltered by government but solution-oriented and collaborative. Argus was born out of the founders’ concern for future generations.

We have a diverse membership from dozens of industries. Our member companies include doctors, lawyers, architects, plumbers, manufacturers, an aeronautics firm, banks, CPAs, restaurants, farmers and a college. There are many more.  We require our member businesses to have CEOs or high level executives, decision makers, as member representatives with Argus.

We seek to bring together business leaders from our many diverse industries and use their talents and expertise to facilitate communication and an exchange of ideas between the public and private sectors.

We care deeply about our community and our leaders care about where they live. We monitor our community and local government issues and take positions on only a handful of them. We come to the table with solutions and suggestions. We are careful to make sure we are not just complainers.

We keep a broad community perspective and are a part of creating the future. We search for solutions and try to understand the underlying nature of problems. We don’t expect quick fixes but believe in systematic change and that persistent attention, in time, will move us toward a better community.

Over the years, we have tackled critical issues that have led to increased awareness and have advocated for those who cannot advocate for themselves.

In the late 1990s and early 2000s, we led the way with a team of our local community foundations and the Sarasota Herald-Tribune to study our education system in the SchoolMatch study.  According to a Herald-Tribune article written after the study was completed, the results were felt very quickly. Student attendance improved after it was identified as an issue and a focus on low-achieving students became an integral part of making the schools better.

We were instrumental in alerting our cities, especially the City of Sarasota, to the ticking time bombs of unfunded pension liabilities. This has now become a major budget consideration every year in all municipalities that still have their own pension systems. The cities have begun to take steps to tackle this tough problem.

In 2012, Argus brought former Louisville mayor and former Kentucky Lt. Gov. Jerry Abramson to Sarasota County to talk about consolidation of government. This was the spark that led to the consolidation of 911 services with a county offer to each city to administer emergency dispatch for free. Not only did this save money for our cities but more importantly it reduced the likelihood of dropped calls and gained precious, life-saving seconds.

Argus advocated for School Board secret meetings to be eliminated and for workshops to be held in the School Board chambers. We now see a fully open discussion of school issues, recorded on video, allowing the decision-making process to be seen and heard as it happens.

In 2017, we worked on opposing a proposal for a county Public Service Tax, which would have levied a 5 percent tax on electricity, water, propane and natural gas in unincorporated Sarasota County. This would have really hurt the one-third of our residents who are living on the financial edge and who are one disaster away from homelessness. This proposal came to a vote while some residents and businesses were without power because of Hurricane Irma. Many people did not even know a tax increase was being discussed.

Using guest opinion columns and social media, we alerted residents and business owners, who then were able to voice their concerns. After the tax was voted down, we did not claim a victory and just drop the issue. We offered solutions to the county budget problems.

In 2018, we were a catalyst and partner for a bi-partisan effort to change the date of the City of Sarasota elections from spring of odd-numbered years to fall of even-numbered years.  It was a two-year effort that brought together a collaboration of civil rights organizations, volunteers, business associations, current and former elected officials, and city voters to increase voter turnout in the City of Sarasota commission elections.  This was especially true for minority voters and voters under 29.  This group collected almost 1,000 petitions over what was necessary to place the question on the November 2018 ballot.  The referendum passed overwhelmingly with over 63% of the vote.  This referendum will save city taxpayers about $100,000 per election cycle and will bring a more broad and diverse voice to the table in electing the leadership of city government.

At the end of 2018, we also were the catalyst of a loose group of organizations consisting of environmental and community foundation interests in successfully asking the Sarasota County Commission to include water quality as a top priority in 2019.

In 2019, we continued our work on water quality and successfully urged the county commission to fund septic tank replacement again.  We also worked with the Sarasota Chamber and CareerEdge on implementing workforce training in Newtown with the HVAC program at the Roy McBean Boys and Girls Club. 2019, was a year of accountability with our school system and local government.  We took strong positions forcing government to examine its practices.

Also in 2019, we had successes in keeping administrative review, a promise of the highly collaborative Downtown Masterplan, intact in the City of Sarasota, and ensured the proper implementation of mobility fees on the county level.

In 2020, we adjusted to COVID and assisted the business community with policies helping businesses re-open.  Once the Governor began opening the business community up at the end of April, COBA sent detailed letters drafted by Argus to Sarasota County, and the cities of North Port, Sarasota, and Venice, we requested important accommodations including the waiver of permitting fees, the expansion of right-of-way use, expedited permitting due to COVID-19 related improvements, the relaxation of sign code enforcement, waivers of permitting costs for tents for outdoor dining and retail, and the opening of beaches and boat ramps.  Partnering with business organizations representing over 7,000 businesses, we were able to begin getting relief for the business community within days of sending the letter.

Argus has taken a strong leadership role in advocating getting CARES Act monies out to the community for both businesses and individuals.  We gathered a coalition of community leaders including leaders in the business community, the arts community, the NAACP, and the non-profit community to ask the county commission to get the money out into the community quickly.  We also advocated against government taking the money to plug their own budget holes.  We went from one of the worst counties in the state for providing COVID federal relief to one of the best in the state.  Additionally, we were successful in our efforts to implement a portion of the NAACP plan, along with the Sarasota Chamber, to advocate for internet access for our county families on free and reduced lunch who are distance learning.

In 2020, we held meetings with former Congressional representatives and also the Chief Science Officer for Florida.  We also held a luncheon on minimum wage with former ABC 20/20 co-anchor and former Fox News journalist John Stossel prior to the COVID shut down.  After COVID-19 forced our closure, we were the first local organization to begin Zoom Candidate forums.  We held our first forum within weeks of the government shut down.  We held a total of five candidate forums by Zoom in 2020, all of which are available on our website under “News” and our YouTube channel.

We are working hard with our partners in the Coalition of Business Associations and others, to improve our community.  In 2021, we are urging local governments to plan for the 2022 surtax referendum and to plan their infrastructure projects with prioritization and thought.

As we continue into 2021, we will look at planning the surtax renewal campaign, focus in on government budgets, and especially look at accountability of programs and revenues.  We will remain a strong partner, advocate and watchdog, applying business leadership to important community issues. 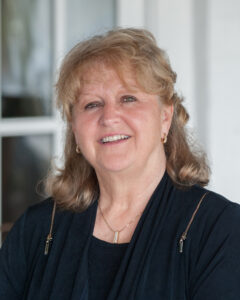