Join us as we hear from the City Commission Candidates who have qualified to run for election! District 2 Candidates Confirmed to Attend: Commissioner Liz Alpert, Martin Hyde, Former Commissioner Terry Turner, Jerry Wells. District 3 Candidates Confirmed to Attend: Erik Arroyo, Daniel Clermont. *Candidates will be added as they confirm. **Additional invitations will be sent as candidates file to run. ***Only candidates who officially qualify their candidacy during qualify week (the week prior to the forum) will be eligible…

***NEW RESCHEDULED DATE!!!***  ALL PREVIOUS RESERVATIONS WILL BE AUTOMATICALLY MOVED TO THE NEW DATE- NO ACTION IS NECESSARY IF YOU HAVE PREVIOUSLY RESERVED.  If you require a refund, please email Sharlene at Sharlene@ArgusFoundation.org. Join us as we hear from the Florida House District 72 Candidates who have filed to run for election! Confirmed as attending: Donna Barcomb, Fiona McFarland, Jason Miller. *Candidates will be added as they confirm. **Additional invitations will be sent as candidates file to run. To reserve… 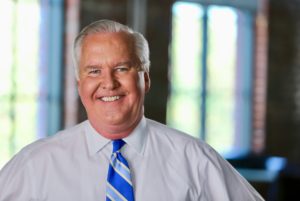 From April of 2011 to May of 2019 Bob Buckhorn served as the mayor of Tampa, Florida – a city that has been recognized as the best city in the southeast (Money Magazine), one of the hottest cities for startups (Fortune), one of the fastest growing metro areas in the country (U.S. Census), and a top 50 city for business (Inc.). From its vibrant and rapidly expanding urban core, to the unending charm of its diverse neighborhoods, Tampa’s time has come.

After a long history of service to the City of Tampa, Bob Buckhorn was elected as the 58th mayor of Tampa, where he led over 4,300 dedicated, hard-working, and forward-thinking civil servants. Unlike many cities, the Mayor of Tampa serves as the de facto CEO in a strong Mayor form of government. He/She does not sit as a member of the City Council nor is there a city manager.

Save the Dates for our Future Events

Signature Events and Catering at The Landings